Afghanistan in the time of COVID-19

In August thanks to your generosity we provided food packets to 200 Afghan families in collaboration with IOC. The packets included food staples such as rice, flour, oil, beans and hygiene essentials such as soap supporting 1400 individuals. This was done thanks to the support of IOC and other volunteers in the town of Herat.

Afghan people have been struggling from 40 years of conflict, widespread poverty, instability, and a fragile health care system which has left them vulnerable to disease. In February, cases of Coronavirus were confirmed in Herat, Afghanistan, the epidemic spread quickly to all provinces overwhelming the already stressed economy.

Over half the population of Afghanistan, nearly 20 million, live below the poverty line, according to the World Bank. Shelter in place and social distancing orders have resulted in a more severe economic depression and loss of jobs adding to an already fragile economy.

The need is great in Afghanistan and growing, most impoverished Afghans are day laborers and depend on their daily income to purchase food and take care of their families which generally include, the elderly and children. These food packets have brought much needed relief to those in need. 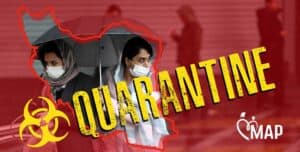 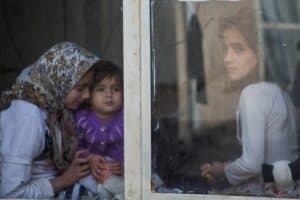 COVID-19 Iran – Your Contribution in Action 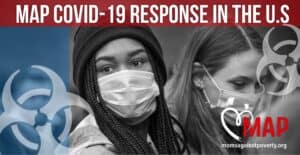 MAP’s Fight Against Coronavirus in the U.S.

A child with a full belly is a child who's ready to learn.

Thank you for your Donation.

Thank you for becoming
a monthly donor.

Thank You
for becoming a Monthly Donor